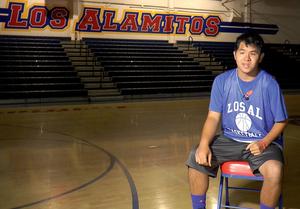 Joe Chao would rather not talk about himself. He’s perfectly content to stay out of the spotlight.

“I want to be treated like everyone else,” Joe said. “I don’t want people to single me out. I don’t really like to be the center of attention that much.”

And yet, Joe might be the most popular student at Los Alamitos High. Just ask his teacher, Tami Sciacca.

“He can command a room when he walks in and not say but two words,” Sciacca said. “He’s been through so much but unless you sit down and just talk with him, you would never know how much.”

In February of 2004, 4-year-old Joe lay in a hospital bed after a blood clot in his brain led to a severe stroke. As a result, Joe was left partially paralyzed on the left side of his body.

“The doctors nearly gave up,” Joe said. “And it was a miracle that I survived. My parents would tell me that a lot worse could have happened. So I guess I just feel grateful for all of it. They taught me to always be thankful. And appreciate what you have.”

Joe spent the next few years in physical therapy, learning how to adjust to his new life. But along the way, he found a sport that captivated his interest: basketball.

“Basketball has always been something that I can go do when other parts of my life aren’t good,” Joe said.

The mechanics can prove challenging at times as Joe predominantly uses his right hand to dribble and shoot. But Los Alamitos High basketball head coach Eddie Courtemarche still wanted Joe on his team.

“When I say he’s a once in a lifetime player, he really is,” Courtemarche said. “He’s every coach’s dream to coach.”

The moment Joe found out he made the squad is one he says he’ll never forget.

“It was probably one of the best moments of my life because not many kids get to play on the high school team in the first place,” Joe said. “And even with my circumstances, I still was given the chance to play.”

After failing to make the team his freshman year, a mistake Courtemarche says he still regrets, Joe spent his junior and senior seasons on the varsity squad.

“When you have someone like Joe and it’s pretty obvious when he gets into the game, even the other team, the other fans get excited for him,” Courtemarche said. “And you would think those opportunities wouldn’t come that often. But he’s probably played in 10, 15 games this year.” 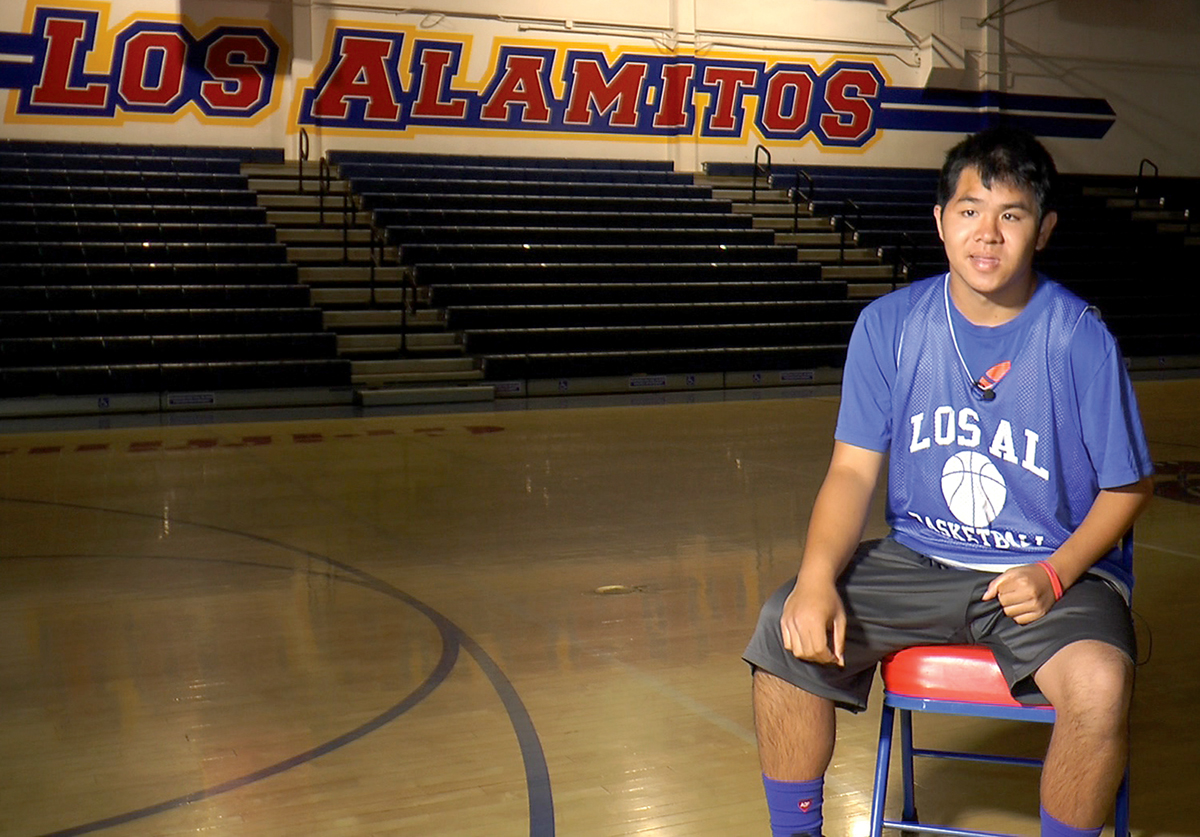 The culmination of Joe Chao’s career at Los Alamitos High came on senior night. Courtemarche told Joe he would be in the starting lineup for the first time in his career.

“I finally did it,” Joe said. “I made the starting lineup.”

But the night was only beginning. With less than a minute to go, and the Griffins lead firmly in hand, Joe checked back into the ballgame.

“He gets in the game and he has an opportunity toward the end,” Courtemarche said. “Shoots it. Misses it. We get the rebound. Shoots it again. Misses it. There’s two seconds left. They kind of throw it out there. He steps in. Heaves it. As soon as the buzzer goes off, ball goes in the net.”

“I don’t know if I can put it into words because everyone started going crazy,” Joe said. “Everyone rushed the floor. My teammates were pounding me on the back.”

The three-pointer capped off a 67-53 win over Huntington Beach. And yet, somehow, the bucket counted for more points than you could ever put on a scoreboard.

“Sports has a great way of bringing about those moments,” Courtemarche said. “And the more opportunities you can have those moments, the more you realize how wonderful sports really are.”

Joe Chao, who never craved the spotlight, still found a way to shine. What an ending for the young man whose life nearly ended much too soon.